3.3 MILLION MOSQUITO NETS TO BE DISTRIBUTED IN ONDO STATE 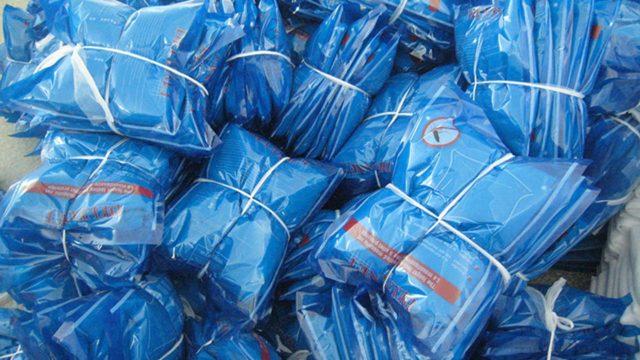 No fewer than 3.3 million insecticide treated mosquito nets will be distributed free to residents of Ondo State as measure of preventing malaria in the state.

The Permanent Secretary, Ondo State Ministry of Health,Pharmacist(Mrs.)Folukemi Aladenola stated this today during a media orientation on insecticide treated nets campaign in the state in Akure.

Aladenola who noted that the distribution would cut across the 18 local government areas of the state explained that the last time such exercise was carried out in the state was in 2017.

The permanent secretary said that elimination of malaria lied on contributions from all and sundry, hence the need for the media orientation.

According to her, the campaign will be officially flagged off on December 8 by the state government while registration with distribution will begin on December 9.

Also speaking at the media orientation, the Demand Creation Advisor of Malaria Consortium Group,Dr. Anthony Ehon explained that every household was targeted to receive the treated net.

Ehon added that the distribution would enable every two persons in a household to receive a net during the exercise,which would last for 12 days with two days of mop up.

He said that the media was best suited to support the exercise by keeping malaria issues in the front burner in health news and by informing the populace on the net use culture.


The advisor stated that sleeping inside the nets would protect one from mosquitoes that spread malaria,adding that it would also ensure sound and undisturbed sleep.

"Hanging and sleeping inside the nets is easier than to treat malaria," he said.

According to him, wrong use of the nets may cause skin itching,rashes, redness of skin, redness of eye but noted that the discomfort is temporary and will be cleared within a short time.

Ehon explained that the nets must be aired under the shade for 24 hours before use and washed with mild soap if dirty.

" After washing, air under the shade to dry and do not wash more than four to five times in a year or 20 washes within three years.

" When the net is torn, mend it with thread and needle.Do not use your net for more than three years," he said.

Also speaking,a senior official of the group,Mrs.Ada-Eze Aidenagbon noted that any feeling of discomfort by the use of the net would be eliminated in the course of use.

" If it feels hot when you sleep under the net, the discomfort will be eliminated as you use it. You should also keep your window open for fresh air to reduce the heat and dress lightly," she said.