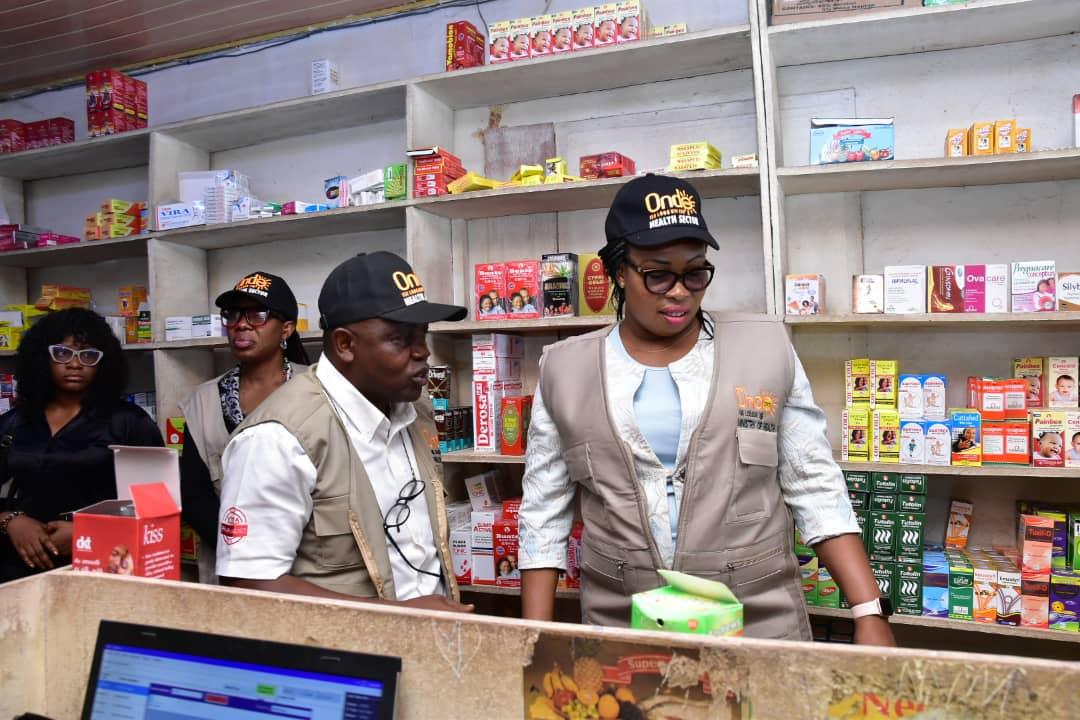 For contravening the rules and regulations guiding the sale of drugs in Ondo State, no fewer than sixteen patent medicine
stores and one pharmacy were on Wednesday shut by the State Task Force on Fake and Counterfeit Drugs in Akure, the state capital.

The task force which wielded its big stick during its routine monitoring and enforcement exercise in Akure metropolis reiterated its commitment to ensuring that people selling drugs in the state operate within the regulatory framework.

The Leader of the team and Permanent Secretary, Ministry of Health, Pharmacist (Mrs.) Folukemi Aladenola who led the enforcement exercise noted that the overall objective of the exercise was to safeguard the lives of the people of the state.

According to the Permanent Secretary, members of the task force had earlier embarked on surveillance and had discovered that the majority of the patent medicine stores were not registered as stipulated by the law.

"We have gone on surveillance and we found out that a lot of shops are not registered. Some of them don't even have Superintendent Pharmacists. And of course, they operate beyond their limits.

"That is why we are out to safeguard the lives of the people of the state. Part of our mandate at the Ministry of Health is to make sure that we have effective health care services in the state.

"And for us to be able to do this, the source of drugs being sold to the people must be well ascertained, such that where people get their drugs must be safe and the drugs must be of good quality.

"So we are out today to ensure that people that are selling drugs are licensed and that they are the ones that have been authorized to do so.

"Apart from that, we got to some shops and discovered that they were so dirty. When you want to sell drugs, it should be done in a clean and hygienic environment.

"We are not out to punish them. It is not a punitive measure. It is for them to take necessary actions. And some that are beyond what we can do, we have to close down those shops", Aladenola stressed.

The Permanent Secretary appreciated the State Governor, Arakunrin Oluwarotimi Akeredolu, SAN for his support for the committee towards the actualization of its mandate.

Aladenola also lauded the state government for providing the necessary tools the task force requires in the discharge of its duties especially the Truscan Machine which she noted has assisted the task force tremendously in ascertaining the quality of drugs being sold across the nooks and crannies of the state.

The routine monitoring and enforcement exercise continues with visits to other cities and towns in the state.