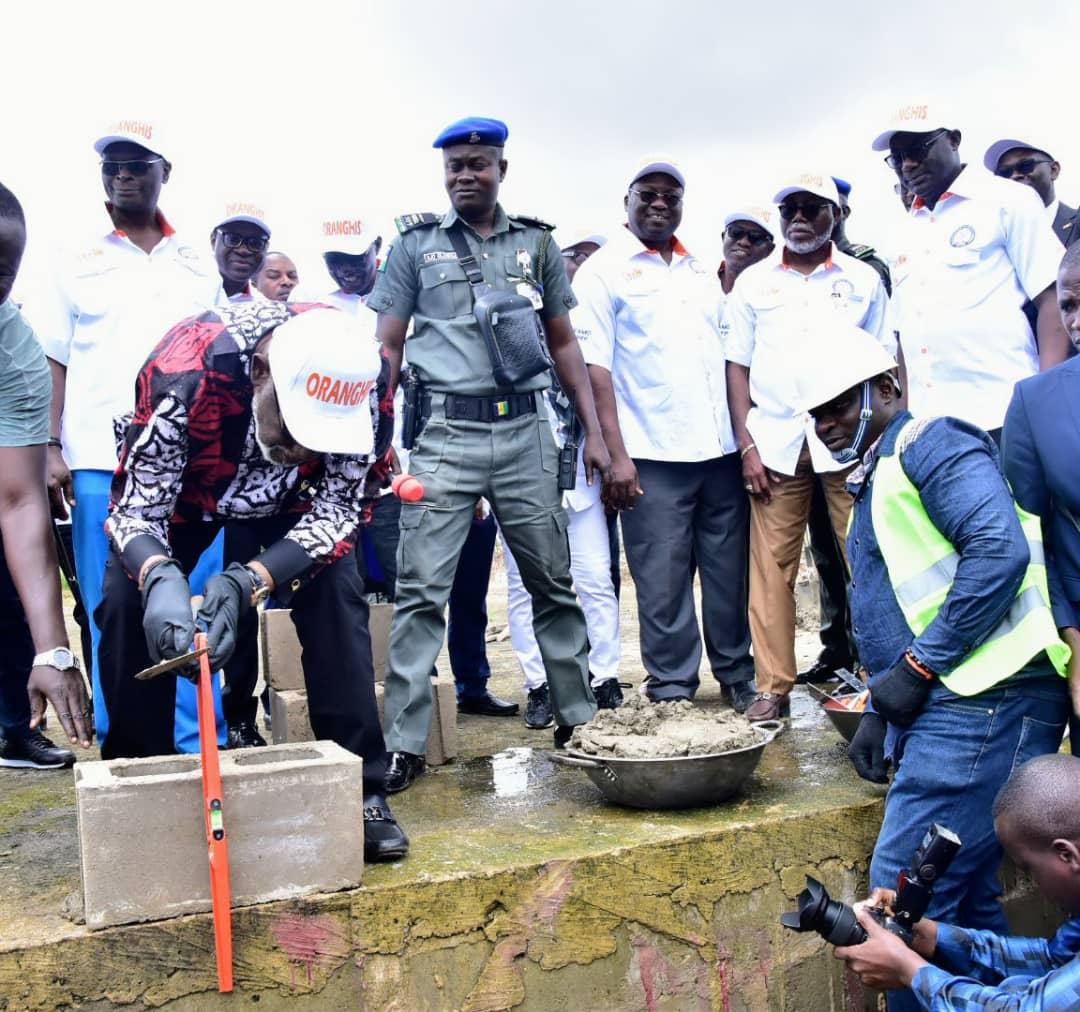 The Governor of Ondo State, Arakunrin Oluwarotimi Akeredolu flagged off the scheme and also performed the ground- breaking and foundation laying of the permanent office complex of the Ondo State Contributory Health Commission.

The Commissioner for Health, Dr Banji Awolowo Ajaka while delivering his welcome address said since the creation of Ondo State, workers in the state have not enjoyed healthcare insurance packages which had long been implemented by other countries of the world. He added that the bringing on board of the insurance scheme would be of immense benefit to the public servants.

The Commissioner opined that the health insurance scheme would drastically reduce the frequency of absenteeism from work due to sicknesses, prolong the lives of workers and also increase productivity among the workforce.

Ajaka saluted the giant strides, political will and commitment of Mr. Governor in the health sector saying these have made his name to be written in gold .

While highlighting the various achievements the Ondo State Contributory Health Commission had been able to make in the three years of its creation, the Commissioner further explained the efforts of present regime in the health which included but not limited to: continuous development of the University of Medical Sciences Teaching Hospital, purchase of Multi-million naira worth of medical equipment for Primary Healthcare facilities in the state, the establishment of Ondo State Drug Health Commodities Management Agency and construction of its Administrative building as well as the commencement of Orange Health Insurance scheme.

The Special Adviser to the Governor on Health, Professor Dayo Faduyile affirmed that the introduction of the scheme was the most pragmatic way to solve health issues while promising that within the next two years, the scheme would have been able to provide health cover for at least 10 percent of people in the state.

Faduyile assured that the informal sector, artisans, market women and students would also be captured in due course.

The Permanent Secretary, Ministry of Health, Pharmacist (Mrs) Folukemi Aladenola while speaking with journalists said the healthcare scheme would reduce drastically the incidence of ailing workers looking for financial help from the government while noting that the scheme would expand access to affordable quality healthcare services by public servants.

Aladenola briefed that the scheme would cover accident and emergency services, treatment of common illnesses in adults and children, surgical procedures, obstetrics and Gynecology, laboratory and radiological investigations as well as physiotherapy, denatla and optical services.

The Director General, Ondo State Contributory Health Commission, Dr. Biodun Oyeneyin appreciated the governor and union leaders as well as leading health insurance experts to bring on board the health insurance scheme in the state.

Oyeneyin congratulated public servants in the state and their families over the successful introduction of the scheme saying it will afford them the opportunity to get qualitative health care at no cost.